Top 8 places to visit in Madeira 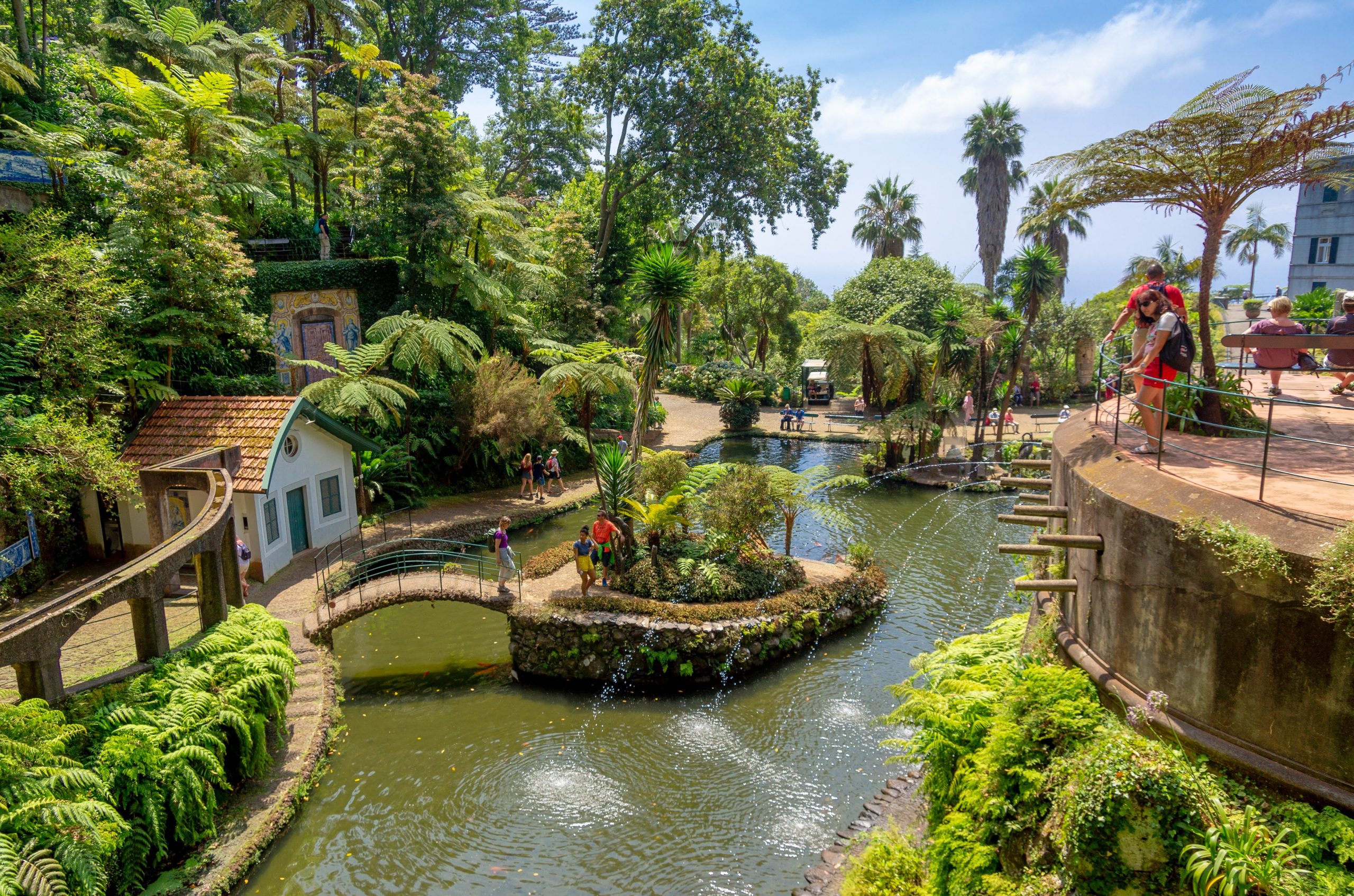 Ponta de São Lourenço is the easternmost point of the Madeira Island. It is in the extreme part of the village of Caniçal and is part of the municipality of Machico. Its terrain consists of volcanic rocks and herbaceous vegetation. Since 1982, the site has been a nature reserve and has fauna, including birds, insects, and molluscs.

Pico do Areeiro stands at 1,818 m (5,965 ft) high, it is the third highest peak on the island of Madeira. Visitors can look out for clouds covering the lower areas on most days. The air is fresh, and the sun is very bright. On a clear day it is possible to see the neighboring island of Porto Santo, 48 km (30 mi) to the northeast.

Located in the Monte Palace Tropical Garden, the museum has two permanent collections, one on minerals and the other on contemporary sculptures from Zimbabwe. In the 18th century, the English consul Charles Murray acquired a property south of Igreja do Monte, remodeled, and built a beautiful farm, called «Quinta do Prazer». The property dates from 1897 by Alfredo Guilherme Rodrigues and, inspired by the palaces he had seen on the banks of the river Rhine, he built a house with some peculiar palace features. This was later converted into a hotel called the Monte Palace Hotel.

Mercado dos Lavradores is a fruit, vegetable, flower and fish market in Funchal, Madeira. The building was designed by Edmundo Tavares and opened to the public on November 24, 1940. The façade, main entrance and fish market contain traditional azulejos (tile panels) with typically regional themes, executed by João Rodrigues. It is divided into several smaller plazas and stairs that are commonly used as sales outlets. On the night of December 23 every year (known by the locals Noite do Mercado in Portuguese), it is traditional for locals to meet at the market and in the surrounding streets singing Christmas carols, dancing, and drinking in the nearby bars, which are open during all night until dawn serving traditional drinks and above all the traditional meat and garlic sandwiches.

The Cristo Rei statue, also known as the Sacred Heart statue, is an Art Deco statue of Jesus Christ in Garajau, Madeira. This is where non-Catholic Christians were thrown off the cliffs, as only Catholics were allowed to be buried on the island until 1770, when Funchal British Cemetery was established for non-Catholic Christians. The Funchal Jewish Cemetery was founded in 1851. The statue was built in memory of the function of the area’s history, it was built in 1927 and consecrated on October 30, 1927.

The Queimadas Forest Park offers a beautiful opportunity to observe almost the entire Laurissilva Forest and has a park where you can have your lunch. Located in the municipality of Santana, here you can observe the flora of the Laurissilva Forest. In Parque Florestal das Queimadas it is possible to take several walking routes along the streams and paths that lead to different points of the island, with emphasis on PR 9 – Levada do Caldeirão Verde (Queimadas – Caldeirão Verde – Caldeirão do Inferno) and the pedestrian route which gives access to Pico das Pedras, one of the highest peaks in Madeira.

The Centro de Casas Tradicionais de Santana presents some of the typical houses of Santana, where you can get regional products made by the locals. Close to Santana City Hall is the center of Santana’s traditional houses. It is a preservation area, expanded by the municipality of Santana, in memory of the region’s local heritage. Here we find some typical Santana houses, all adapted to their current use, where you can buy a wide variety of local products and traditional handicrafts.

Miradouro dos Balções in Santana easily stands out from the vast majority of places to visit. To get there, you have to go to the Ribeiro Frio natural park and walk along the Vereda dos Balções. All the effort you will make will certainly not be regretted, as the view and the natural beauty of that area says it all. 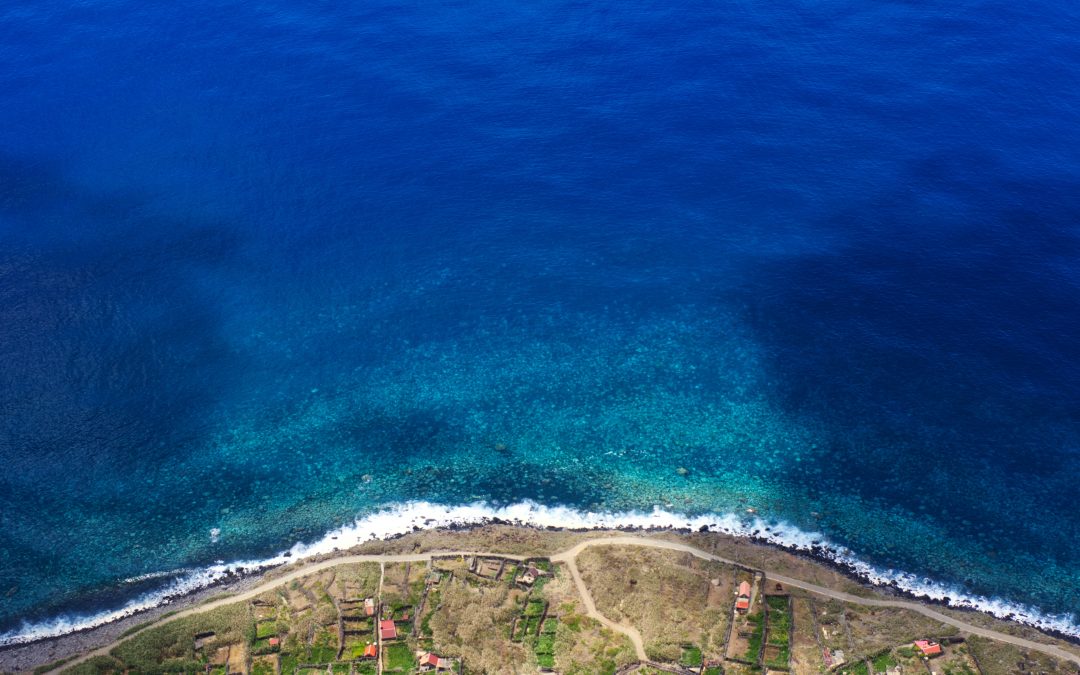 Madeira Island is known for a multitude of things, as each tourist thinks differently. But have you ever stopped to think and imagine that you can appreciate different landscapes with extraordinary beauty? Come and discover the 10 best viewpoints in Madeira! Cabo... 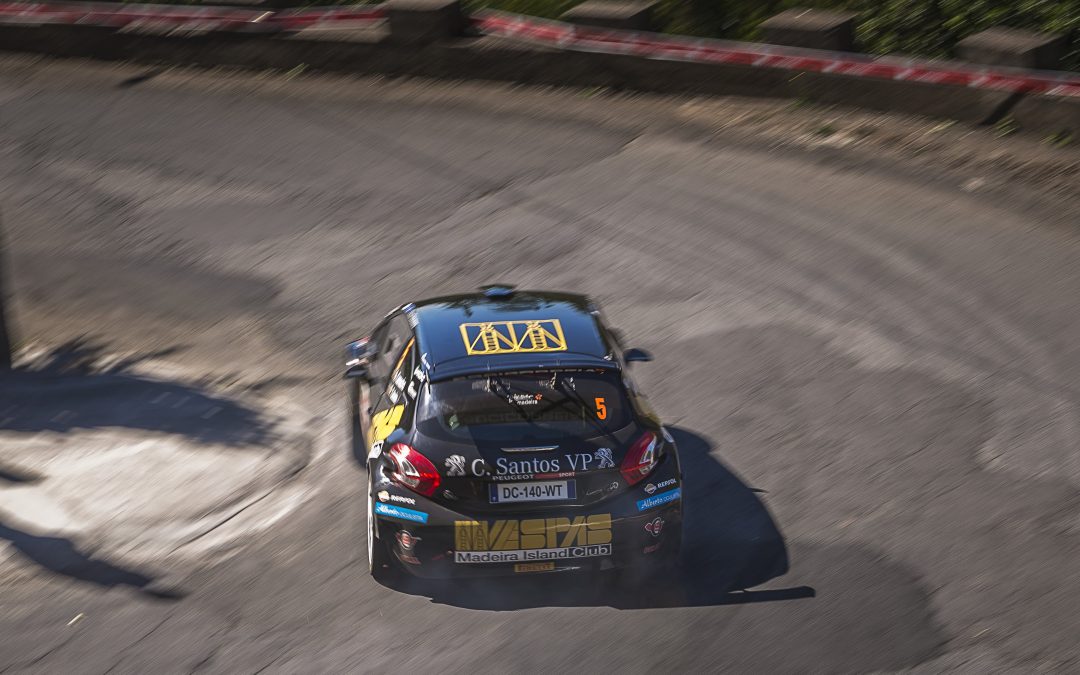 What will happen in August?

The Island of Madeira in the summer months, especially in August, has many festivals and special events, some cultural and others even religious. Do you want to know what will happen in August? 4-6 Madeira Wine Rally (Rali Vinho Madeira) Between August 4 and 6, the... 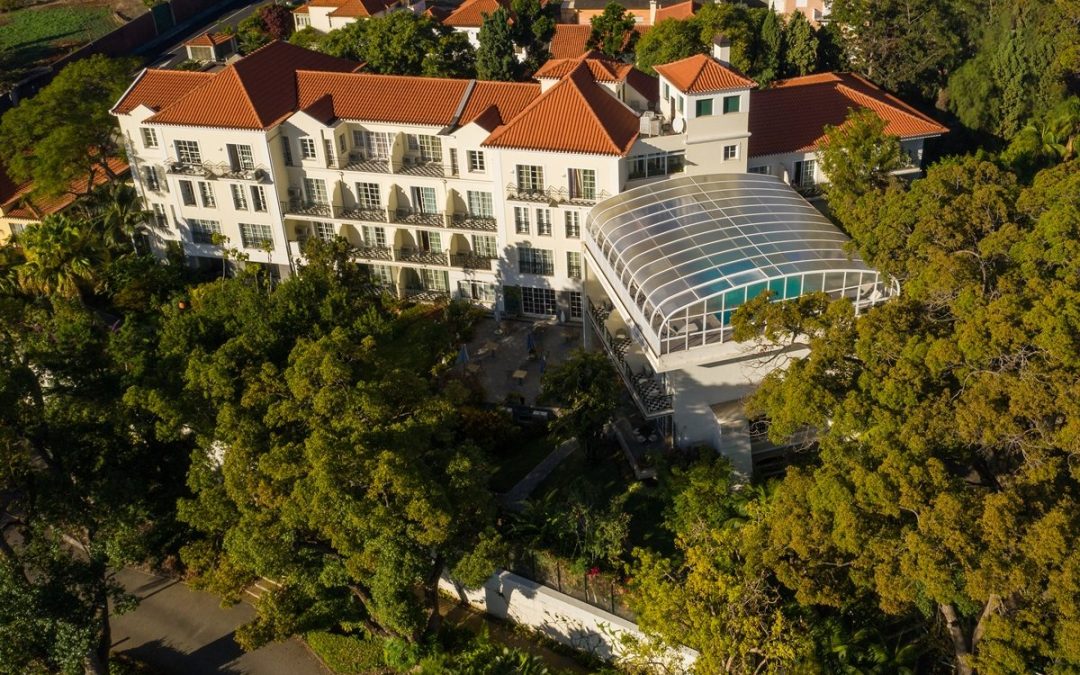 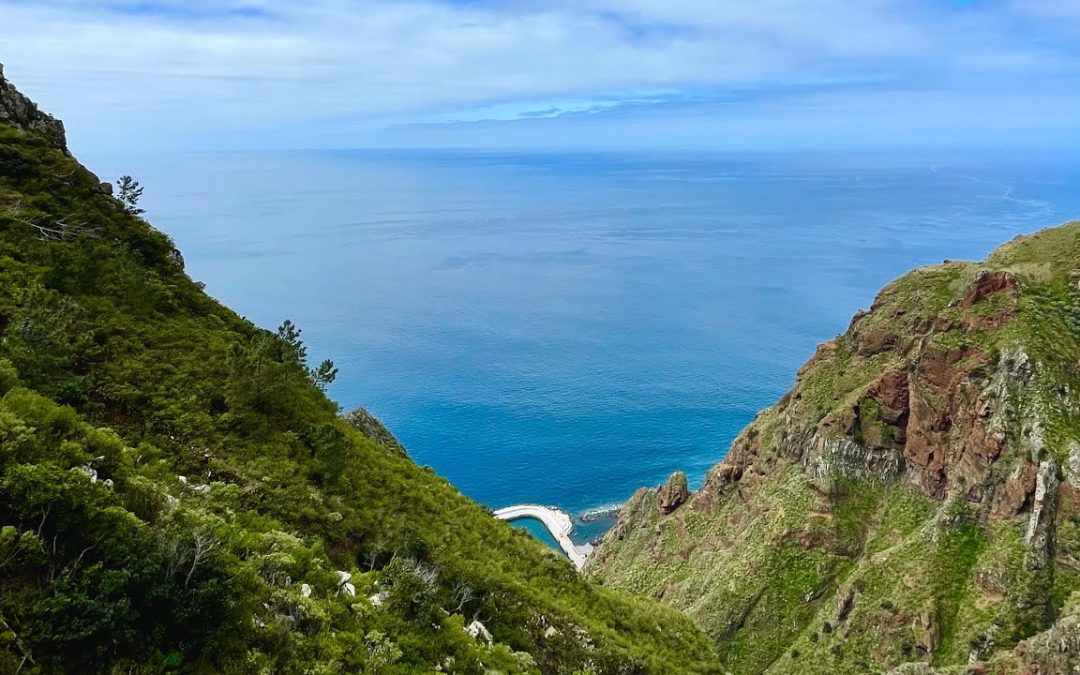 Caminho Real do Paul do Mar

The Caminho Real do Paul do Mar walk starts in the Prazeres area and ends in Paul do Mar, walking around 1.8 km and lasts from 1h to 1h and 30 minutes depending on the step of each person, at an altitude between 535m and 16m. Immediately after starting the trail to... 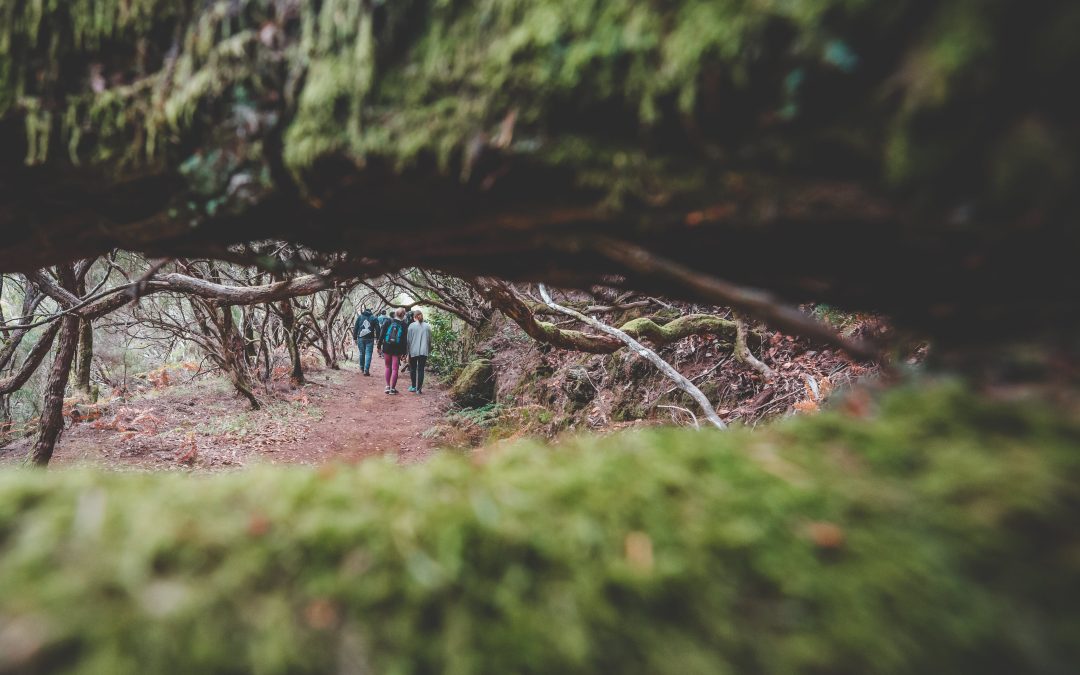 One thing that practically every tourist likes to do on their vacation is to walk a little to be more active, so Madeira is an excellent place for that. Now imagine being able to be surrounded by nature at different times, whether inland or along the coast, that is... 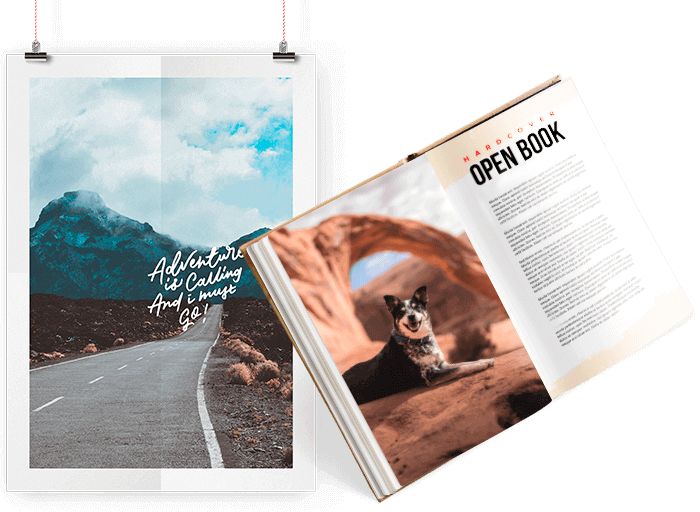 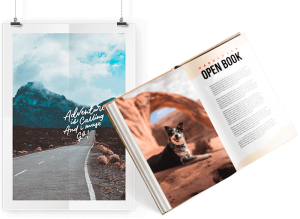